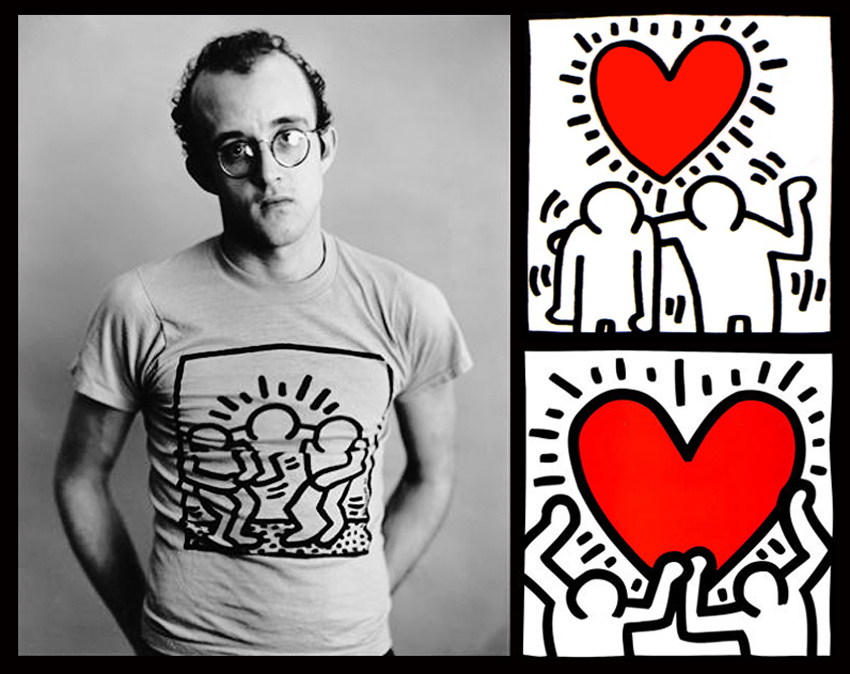 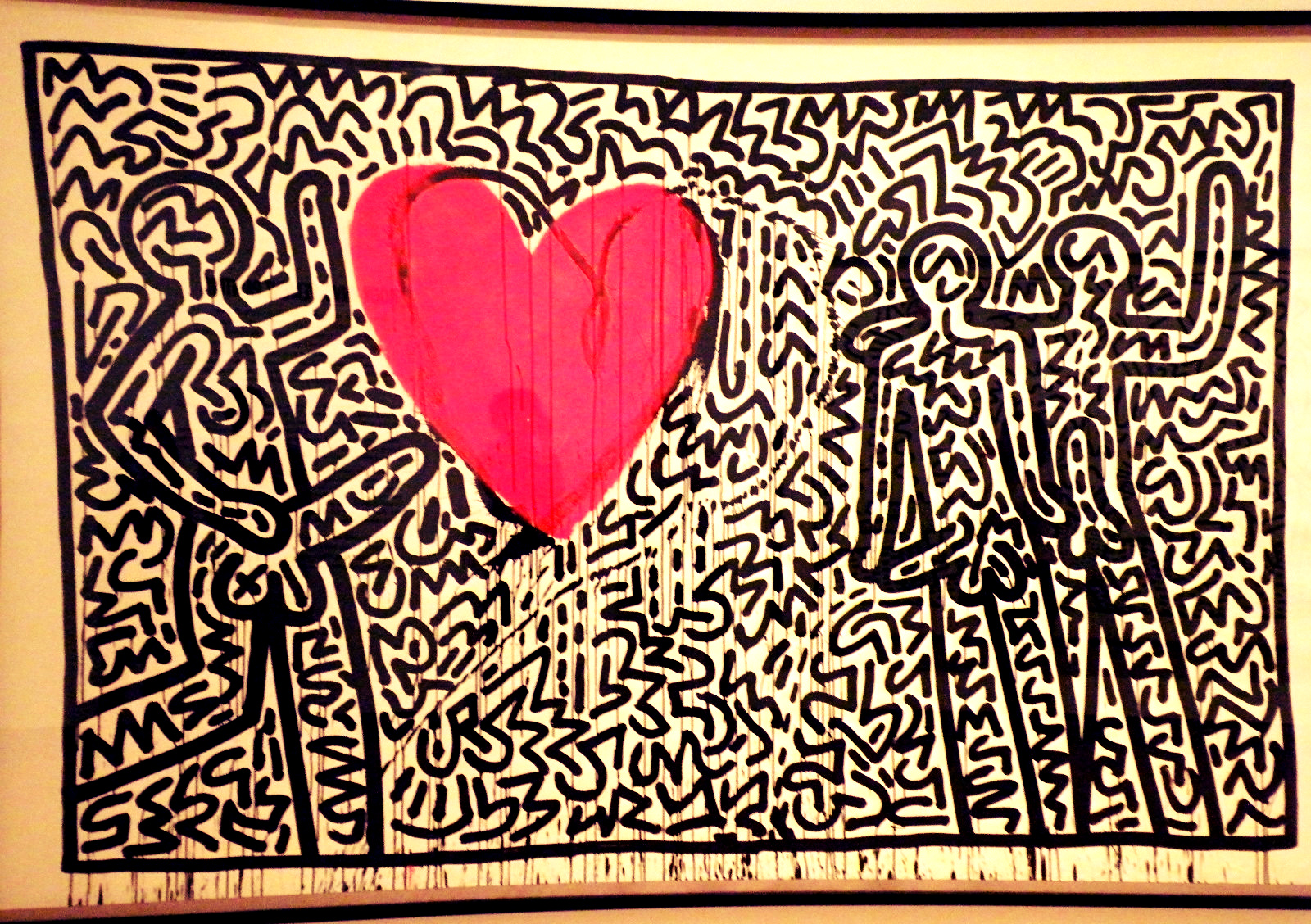 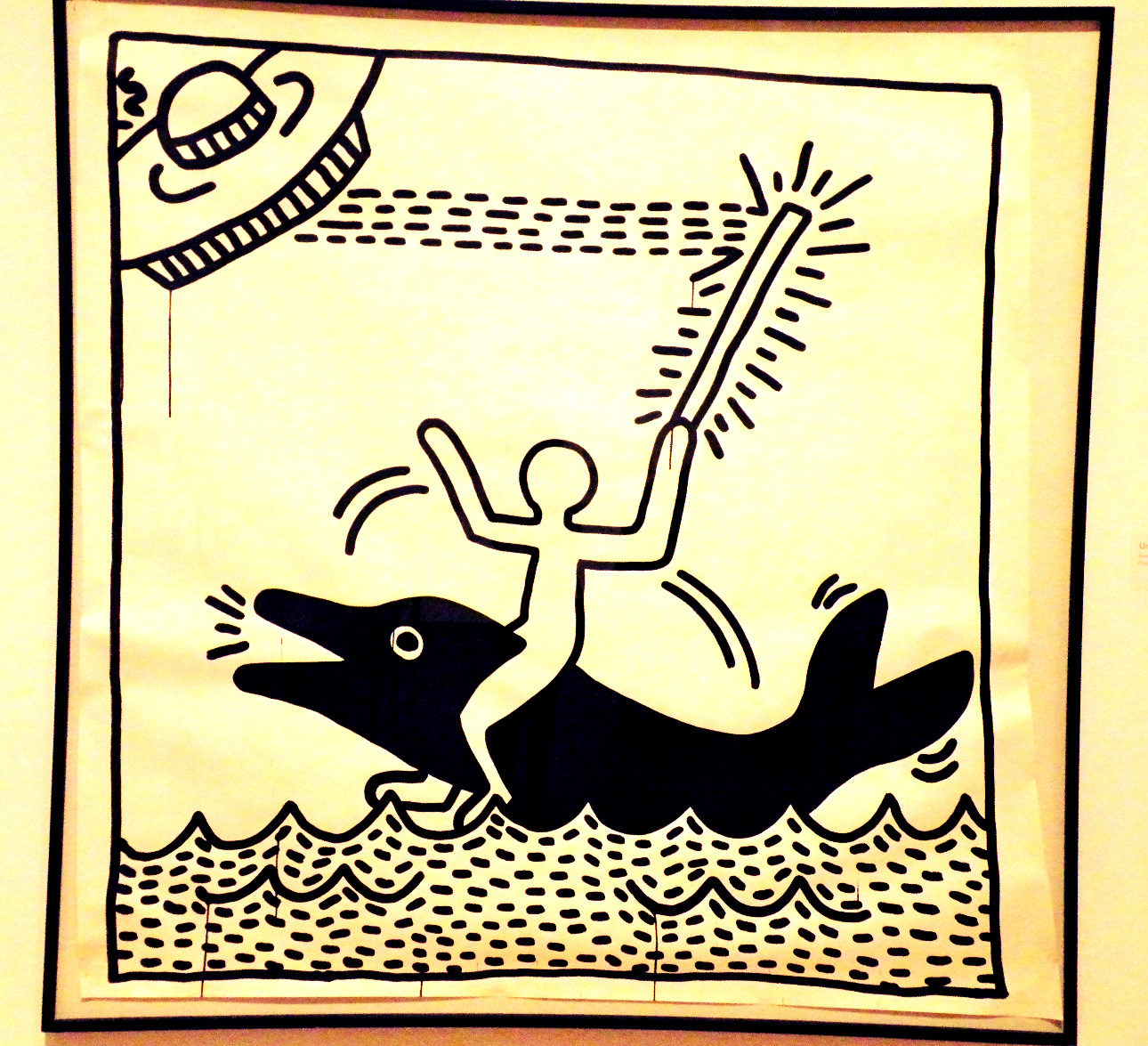 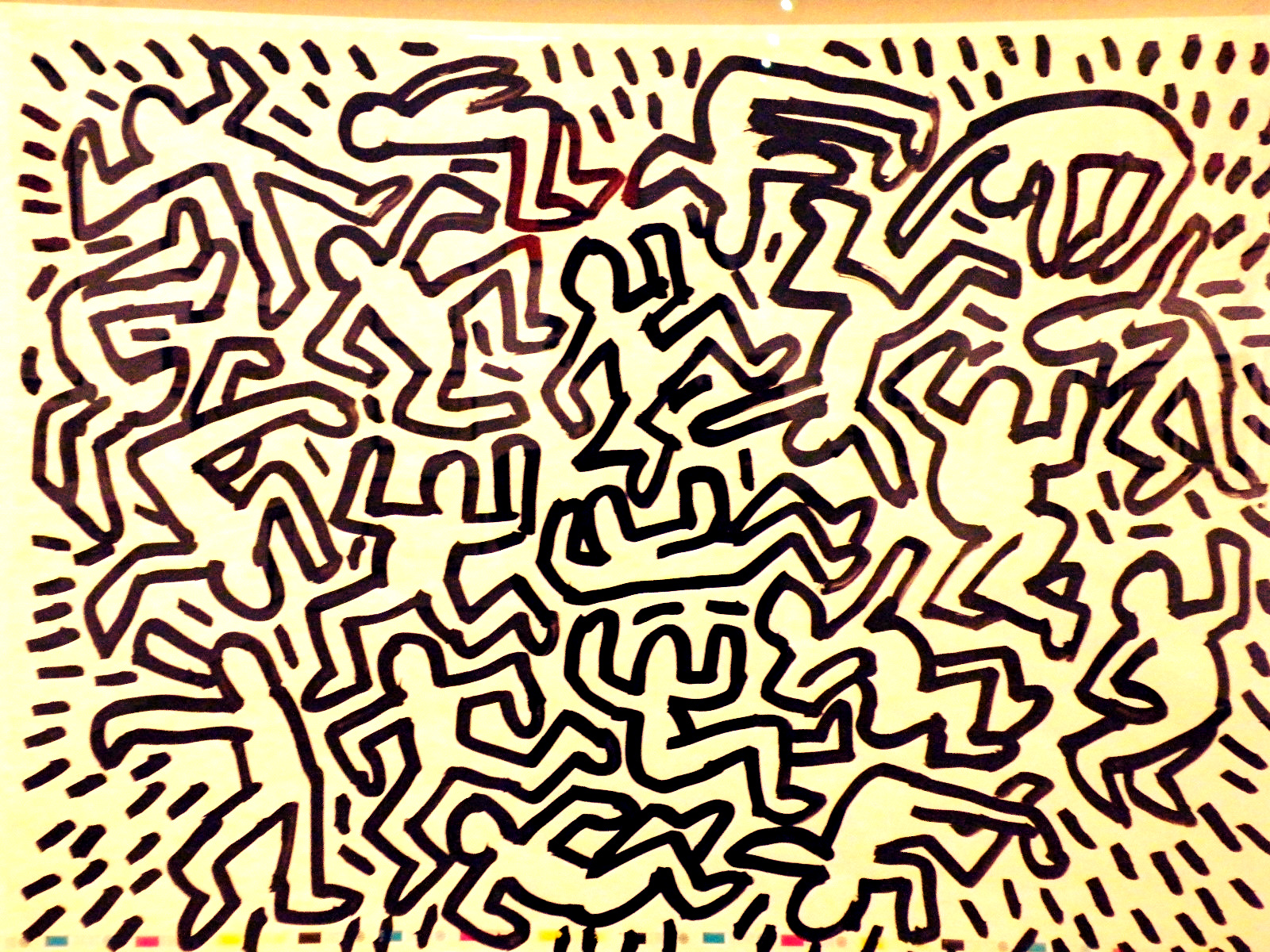 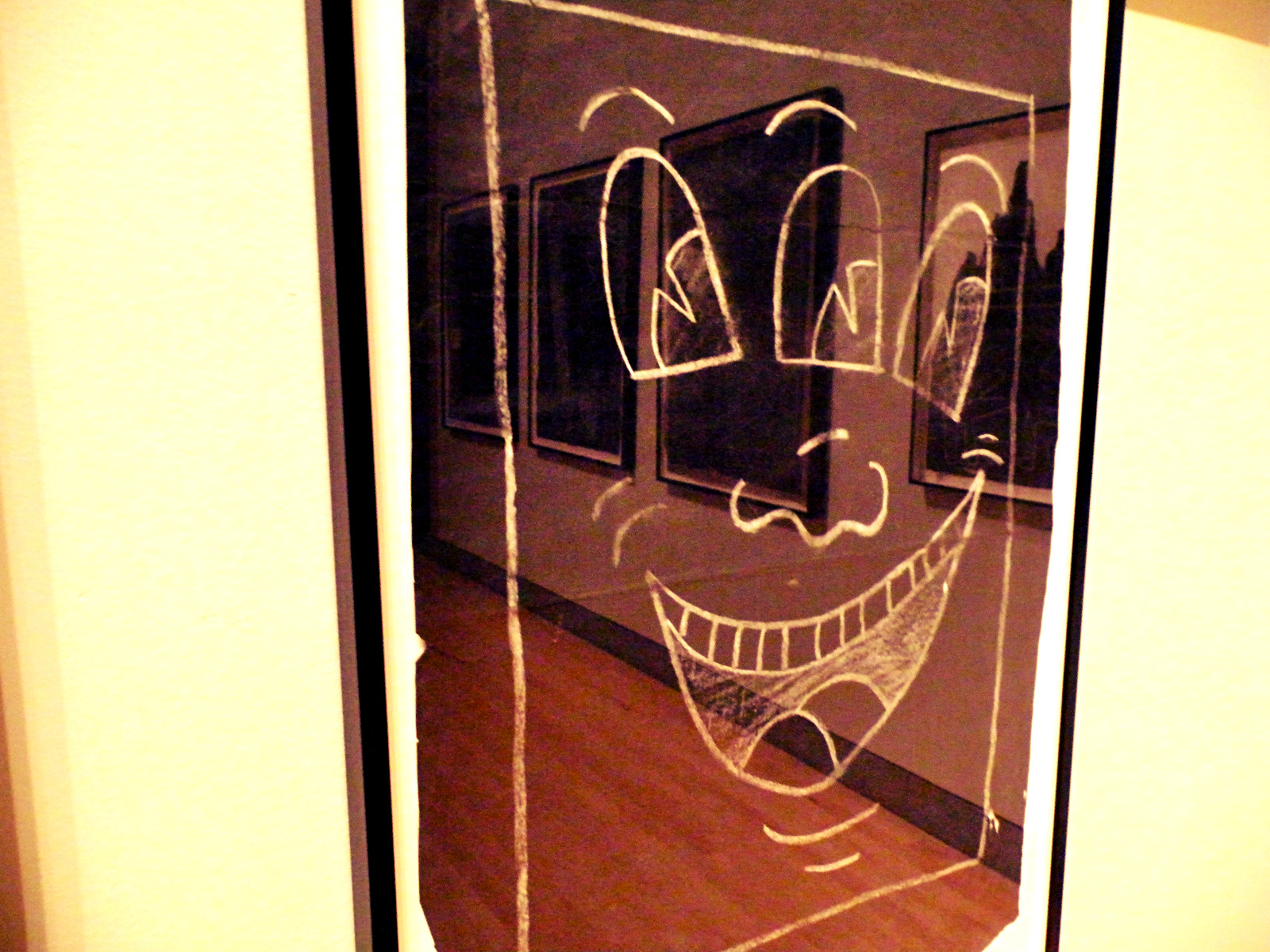 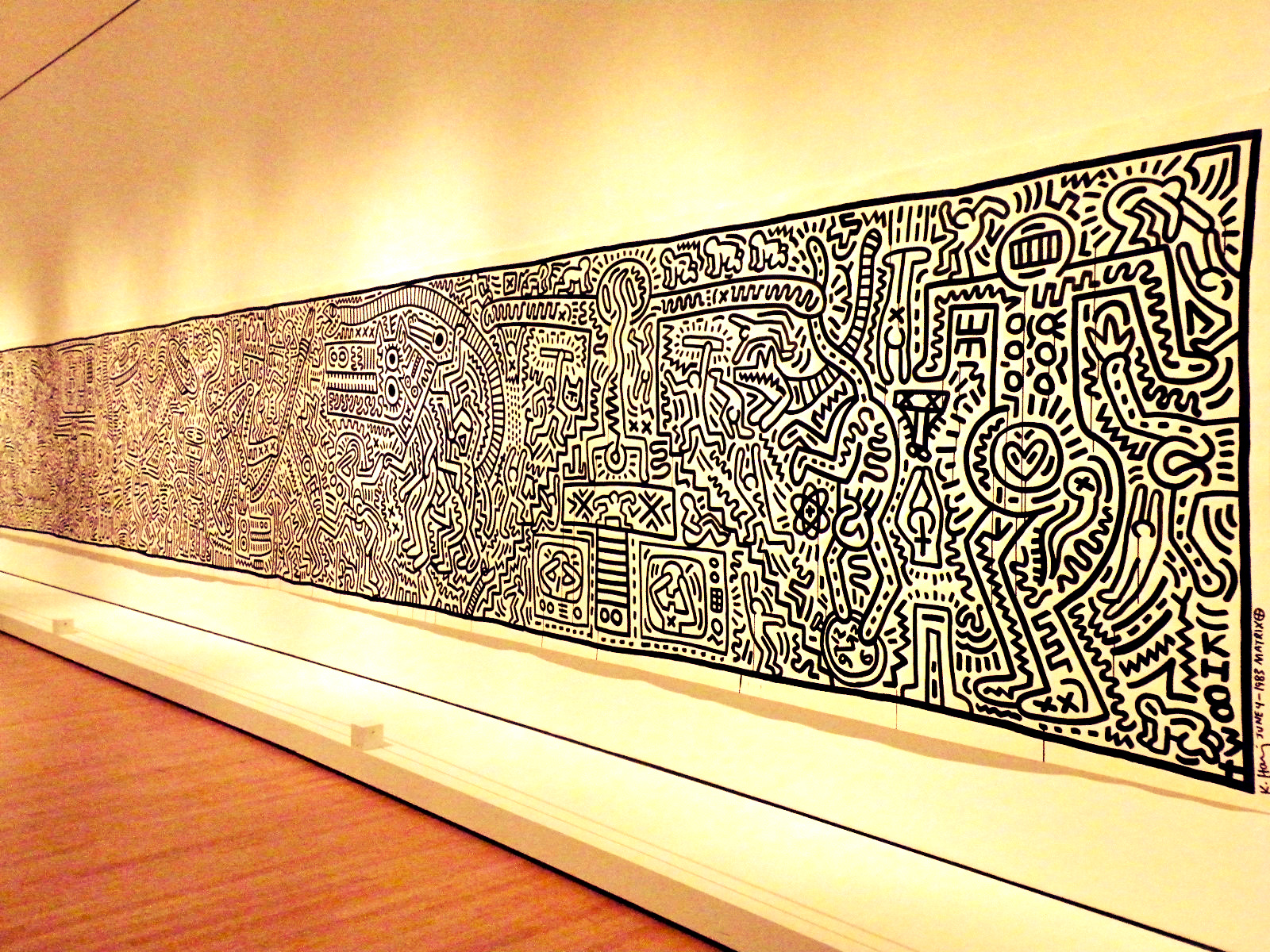 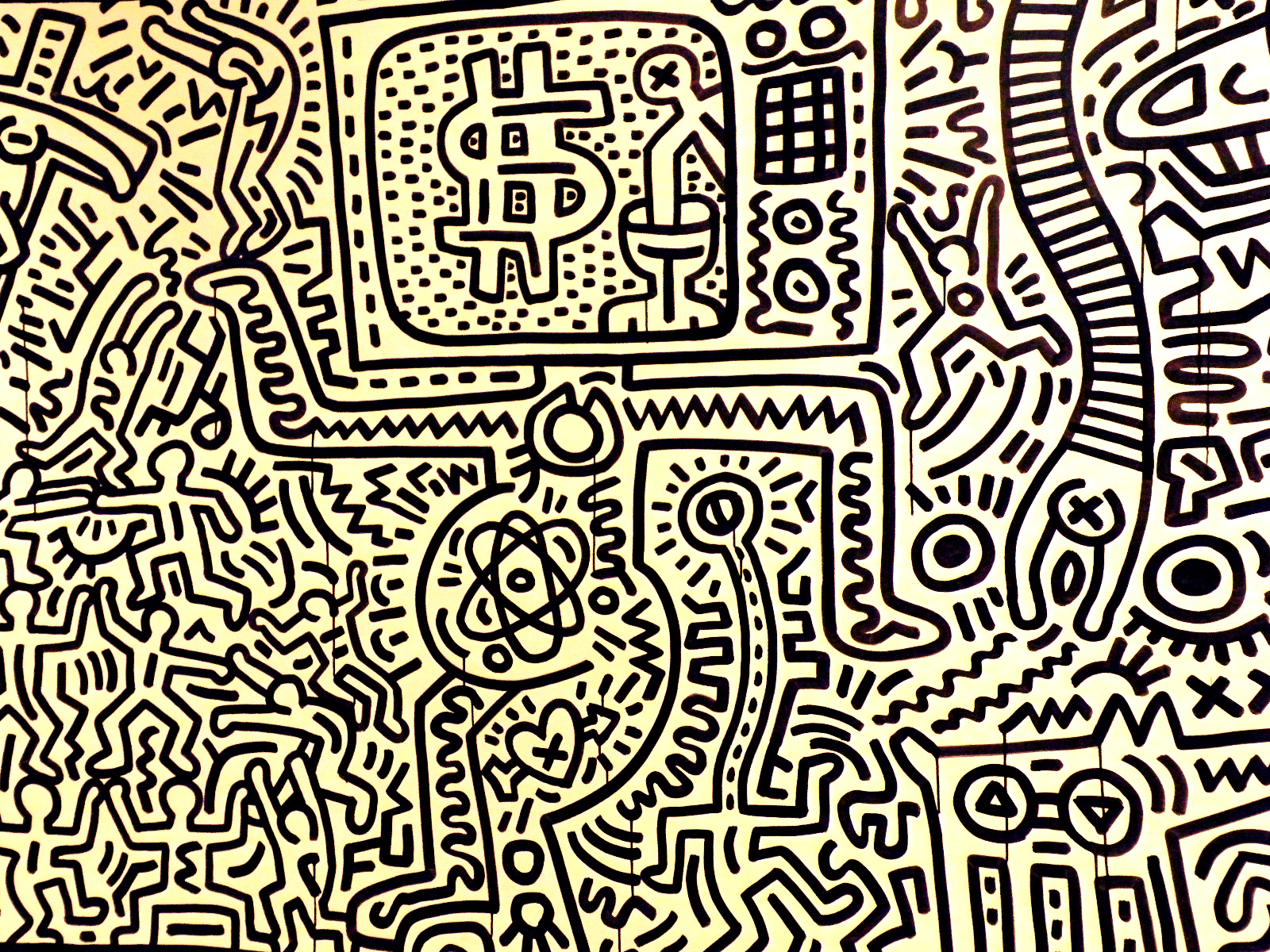 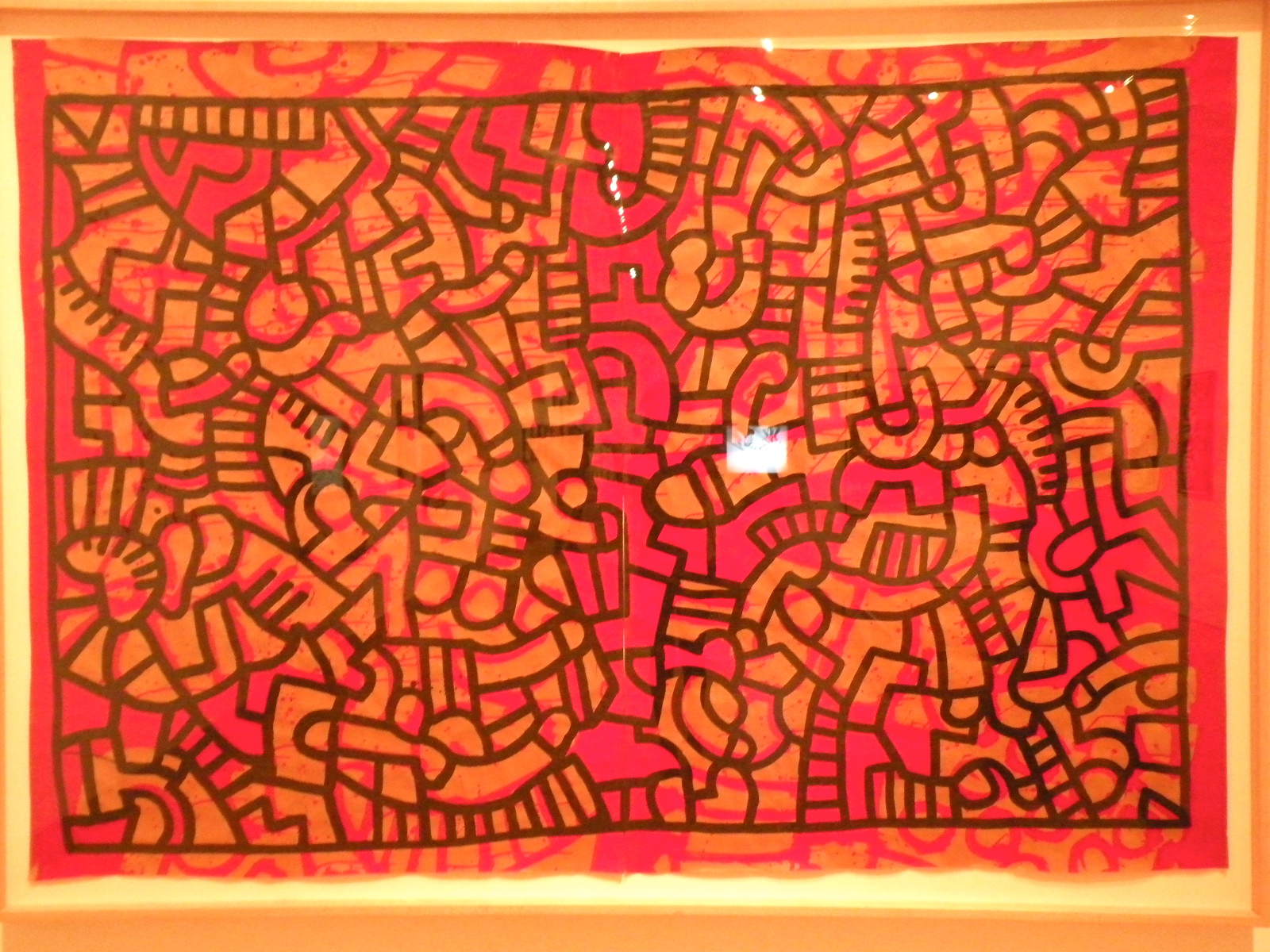 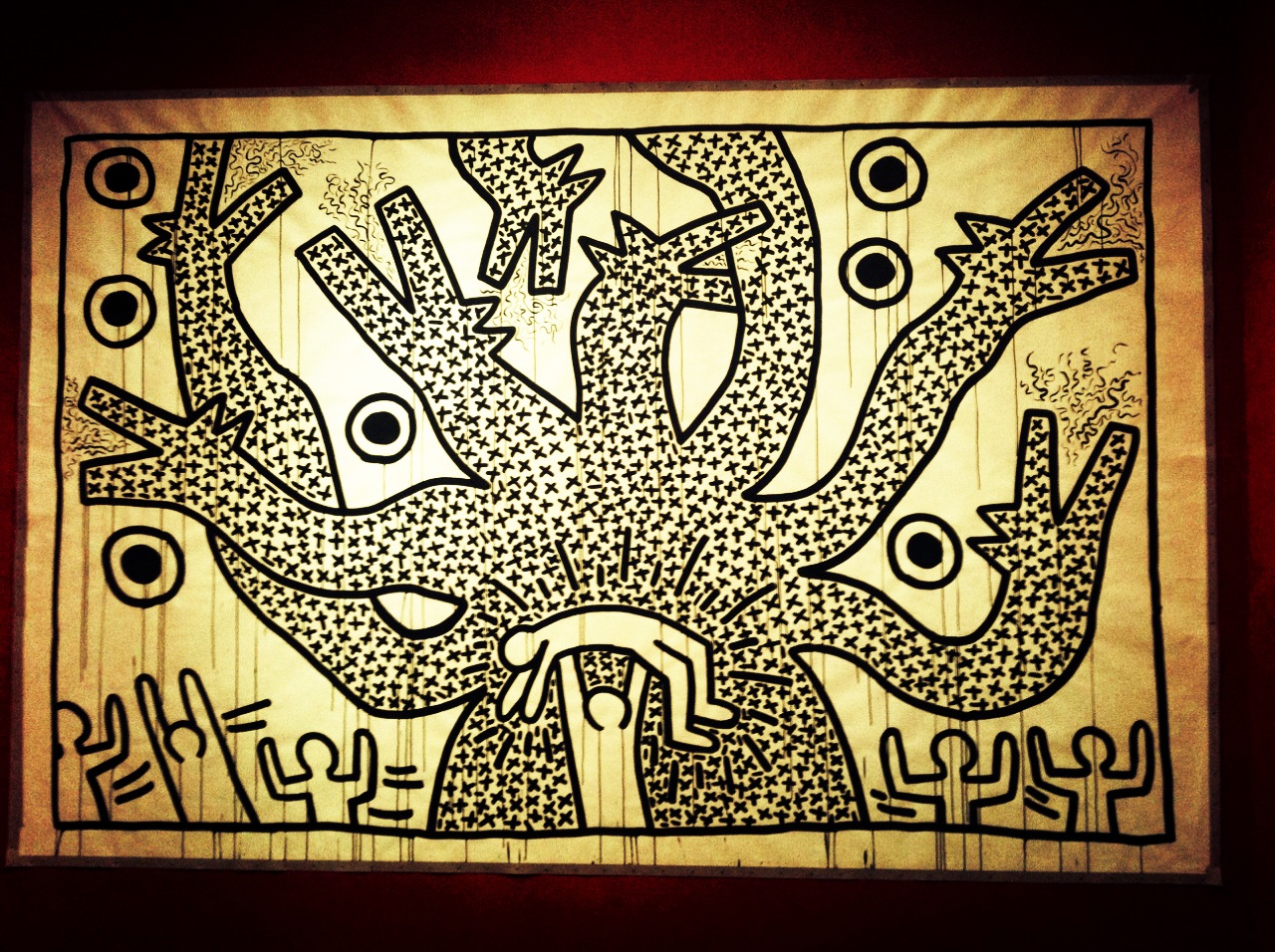 Keith Haring moved from Reading Pennsylvania and began using the city as his canvas, making chalk drawings in the subway stations before the posters went up. The heart felt, bold, cartoon and graffiti influenced paintings created a buzz all around New York City in the 1980's. After his first one-man show at Shafrazi Gallery in 1982 where he engulfed the entire gallery with high bold color choices and designs; Haring became one of the most popular artists of all time. It is really hard to explain how he designs his work -- but I believe it all had to do with math and shapes that he'd wrote about on his journals (also at the exhibit)-- it's incredible. You have to go see.